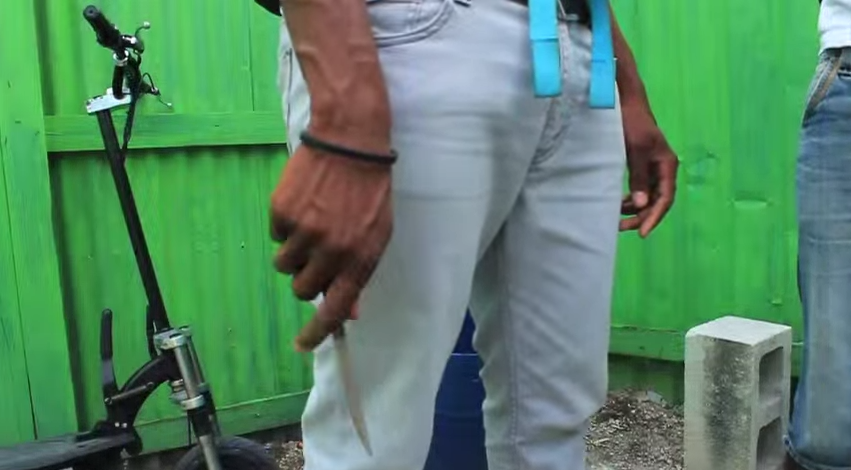 Cummins is Based in the UK

Although Aceleron is based in Britian, Cummins still considers Barbados as the start of entrepreneurial journey. From an early age Cummins had a passion for making things. He attend high school in Barbados and then went on to study engineering at the University of the West Indies.  He then went on to Brunel University in Britian where he enrolled in a Masters degree programme.

Cummins met Amrit Chandan during an internship at a  consultancy firm that specializes in the automotive sector. That meeting led to the birth of Aceleron.

Let’s hear from Cummins as he explains his journey

Aceleron is an award-winning clean technology company started when co-founders Amrit & Carlton dismantled and tested hundreds of battery packs and realised that batteries are not designed to be maintained. Anticipating a future with tonnes of unnecessary battery waste they designed a battery pack which is built with sustainability in mind.

The world’s most sustainable lithium battery packs in a full circular economy approach, serviceable, upgradable and recyclable. Aceleron’s objective is to empower global communities by increasing access to energy storage solutions for our customers around the world.

Updated Story About this Young Entrepreneur from Barbados

There are some business ideas that are easy to get your head around, but there are others that feel like you need a masters degree in sustainability and design just to understand what they do.

Aceleron is the definitely the latter, but don’t let that put you off.

The greentech startup – co-founded by Carlton Cummins from Barbados and Amrit Chandan – began life as part of a university project and now works with clients across the UK and Central America to transform end-of-life lithium-ion batteries into safe, cost-effective energy storage applications (that’s battery packs for wheelchairs or energy storage batteries for homes for the less scientific sorts).

It’s a great time to be in the battery business. Driven to a large extent by Elon Musk’s Gigafactory, the top five lithium-ion battery manufacturers are aiming to triple global capacity by 2020.

Now after being announced as the Global Winner of Shell LiveWIRE’s Top Ten Innovators and listed on Forbes’ 2017 30 under 30 European Science Entrepreneurs, Aceleron is now looking to supercharge its next stage of growth.

MT spoke to CTO Cummins to find out how they’ve done it and what the future holds.

IT ALL SOUNDS RATHER COMPLICATED. HOW DO YOU ACTUALLY MAKE MONEY?
It’s a lot like buying a car. If you get a flat tire, you don’t buy a new car. The car is designed so that you can get things repaired. Interestingly that is not how the industry traditionally builds batteries – most batteries break and you have to buy a whole new battery.

We do two types of work – in waste management where we work with battery collectors to help them reduce their battery waste, and also selling the upcycled products. We’ve also developed our own battery that is easy to take apart so it can be repaired and reused.

A lot of the batteries we make are for stationary energy storage for renewable energy.

SO ARE THESE THE BATTERIES THAT YOU FIND IN YOUR TV REMOTE?
The batteries we deal with are lithium-ion batteries – the kind of batteries you find powering laptops or electric cars. It is a very new type of waste. The UK doesn’t actually have any facility to recycle lithium-ion technologies to date, for example. It is collected then sent to Europe instead.

Interestingly when an electric car battery reaches its ‘end of life’ it usually has 70-80% of its capacity remaining so can be repurposed for another use. So we use the cells for an entirely new application – to power homes, power canal boats or power caravans for example.

YOU GOT THE IDEA FOR ACELERON WHILE YOU WERE AT UNIVERSITY, BUT HOW HAVE YOU GROWN IT?
The whole concept of reusing lithium-ion batteries came about when I was doing my MSc dissertation research on electric vehicle waste management at Brunel University.

I got into that research because I like cars, I like anything that goes fast and I was looking at what happens to them when they die. Everything else can be recycled, except for the battery.

I was doing an internship at a company that did low-emission vehicle research and it was here that I met Amrit. We spent time speaking over lunch and we would share ideas on stuff because it turns out that our minds worked similarly.

So we were just talking about stuff and I said that I was interested in entering this student competition with this whole idea for reusing lithium ion batteries.

This was before we really fleshed out our idea. We approached competitions as a means of vetting our idea and every time we went in we went in with the view of gaining insight and refining the business model. We didn’t win as many times as we entered – we entered 35 in total I think- but I guess we got better at losing over time.

By 2017 we had a fairly well oiled machine. Now we have 12 staff. Amrit and his team are based in Birmingham and I am based in London because that is where our R&D hub is based at a co-working space called the Central Research Laboratory.

It’s an amazing space. It’s like we work on steroids. They’ve got workshops with 3D printers, laser cutters and other machines. Engineer nerds like me get really excited in spaces like that and it is open 24/7 so I basically don’t leave.

HAVE YOU HAD ANY INVESTMENT?
We had our first seed round in August 2017. We closed the round around October and raised just over £150,000. We also applied for grant funding (from the UK government) and we got a £500,000 of grant funding that actually allowed us to close the round earlier.

WHAT’S YOUR BIG MOTIVATION?
This is the first time in history that we have the opportunity to choose how we want to power our lives and that is very exciting. When you choose your electricity supplier it makes a big difference because it feeds a whole economy and impacts things like climate change and other things that directly affect our lives.

I’m from the Barbados, which is on the front line when it comes to things like climate change. I go home sometimes and go to the beach and can literally see the coastline erosion, a direct effect of climate change.

So while some people have the conversation about whether this thing exists or not I go home and I see it very clearly.

WHAT DOES THE FUTURE HOLD FOR ACELERON? IS THE BUSINESS SCALABLE?
In 2018 we are officially revenue-generating and we are always flirting with exciting ideas. In terms of bringing batteries to everyday consumers we are actively in discussion with people who sell batteries to the masses already.

For example, those that distribute marine batteries, or lithium-ion batteries to replace lead batteries. We are looking to funnel our products into their portfolio of products so then can then sell it to customers as a new alternative.

WHAT HAS BEEN THE BIGGEST CHALLENGE FOR YOU SO FAR?
The biggest challenge has been and continues to be managing people.

I manage the tech team, everyone comes from different backgrounds with different family relationships. So there are a lot of nuances to working with people that are never written down, it is not out of a textbook.

But if you want to get the most out of your people you really do need to understand what motivates them and how to get them to do the things that you need in the time fashion that you need. That is always a fascinating challenge.