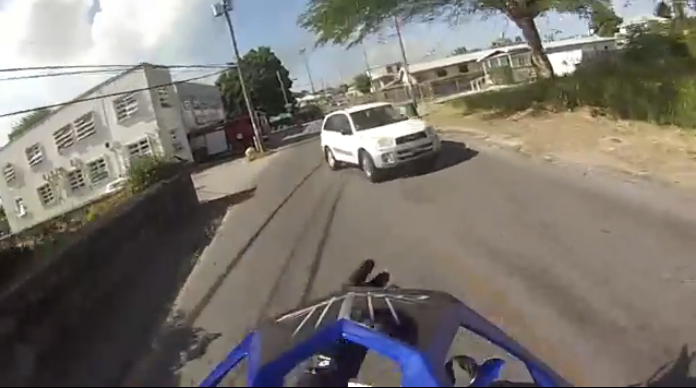 These Bonehead Drivers in Barbados Are As Dangerous As Drunk Drivers

When Gil was younger, his grandmother developed a brain tumor. At the time, she was living in Barbados, and there was no appropriate treatment on the island, so she traveled from Barbados to Boston for the surgery and then again for multiple post-op appointments. The long and expensive journeys were difficult for his grandmother, and this was the impetus for Gil to want to solve the problem of limited access to health care.

“I wanted to build something that helps people, regardless of socioeconomic background, geography, or type of insurance,” says Gil Addo, founder and CEO ofRubiconMD, a health startup that offers on-demand e-consults with medical specialists. One in every three consults can be done remotely, he says, and that saves $400. Affordable health care is especially important for people in rural or under served communities, not unlike Gil’s hometown.

“My dad is from Ghana and my mom is from Barbados,” says Gil, “I grew up in a lower-middle class town and as a young, black male, it’s not thought of as cool to be academically inclined.” But his parents stressed the importance of education-his mother even took out loans to keep him and his brother in Catholic school. When Gil was twelve, his mother registered him for math classes at the local community college. Around the same time, his local soccer coach saw his talent and suggested that he look into more competitive soccer programs.

“Based on the level of affluence in the community around a sport like soccer, I was introduced to prep schools and I got an academic scholarship to go to a boarding school,” Gil says, “My parents had never heard of a boarding school before. They didn’t know those types of schools even existed.”

“There’s a challenge when you come from a background like mine,” Gil continues, “And lot of [the other boarding school students] are used to that kind of rigor, so it was an adjustment for me, coming from where I was.” He adjusted quickly, and went on to study biomedical engineering at Yale, where he took out student loans and managed the campus dining hall (“It wasn’t sexy but it helped me to afford Yale”). After getting an MBA at Harvard and working in tech for a few years, he founded RubiconMD