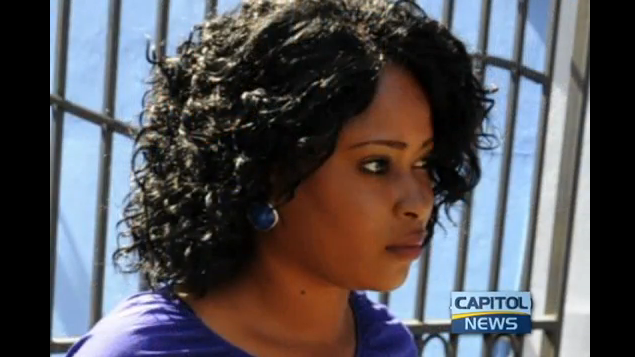 On May 24, 2018, Mia Mottley and the Barbados Labour Party swept to an unprecedented victor in the elections, gaining 70% of the popular votes and all 30 seats in parliament.

In so doing, 52-year old Mia Mottley became the first woman to be elected to the post of prime minister in Barbados. This also marked 27 years after Mottley entered politics and 24 after becoming one of the youngest Barbadians ever to be assigned a ministerial portfolio.

Today, Barbados is at a cross road. Rising crime rate and deepening economic issues, have resulted in more Barbadians feeling pessimistic about their future. The recent election was a mandate for change. At a media briefing last week, PM Mottley laid out the scope of the problems face by her country. Reactions on social media was mainly supportive as there is a sense among many Barbadians that a radically new path is required at this point in Barbados history.

As Barbadians at home and abroad look to a new dawn of optimism, they will be leaning on PM Mottley for her leadership and vision of what Barbados should aspire to in the next 50 years.

But in the end Mia Mottley will not be judged as the first female prime minister of Barbados or the first politician who promise to bring positive changes to the people. I think she and her political administration will be judged based on their ability to bring Barbados together to face the real problems and set a path for a better future for all Barbadians.

In 2018, Barbados Prime Minister Mia Motley addressed her citizens and announced her cabinet and the senate.

In 2019, The Majority Report w/ Sam Seder, praised the addressed by Mia Mottley

Mia Amor Mottley, Prime Minister, Minister for National Security and the Civil Service, and Minister for Finance, Economic Affairs and Investment of Barbados, addresses the general debate of the 74th Session of the General Assembly of the UN (New York, 24 – 30 September 2019).

Some Quick Facts About Mia Mottley

Who is Mia Mottley parents?

Her father Elliott Deighton Mottley (26 Nov 1939-), was also a barrister who sat in the House of Assembly, albeit for a relatively short time before vacating the seat to become consul-general in New York.

How long has Mia Mottley been prime minister of Barbados?

Mia Amor Mottley is the Prime Minister of Barbados. She served as leader of the opposition Barbados Labor Party (BLP) from 2008-2010 and again from 2013-2018 and was a Member of Parliament. She is a Queen’s Counsel, which denotes an attorney-at-law of high and distinguished standing in the British Commonwealth.

Prime Minister Mottley has chosen to ratify her parliament’s decision about the referendum, rather than use it as a form of dialog with the Bajan people. In parliament, a two-thirds majority was needed to ratify the decision, while in a referendum, a majority of Bajans would need to say yes.

Barbados has always considered a referendum to be the way to go since the Forde Commission sent their report to parliament in 1998. There have been two postponements, however. The first was in 2003 due to parliament being dissolved, and the second was in December 2007 because the Electoral Boundaries Commission raised concerns.

Prime Minister Mottley has the support of a super-majority in parliament. This makes it easy for her to do anything she wants. For example, on July 27, she gave the order that by November 30, our great nation shall become a parliamentary republic. New