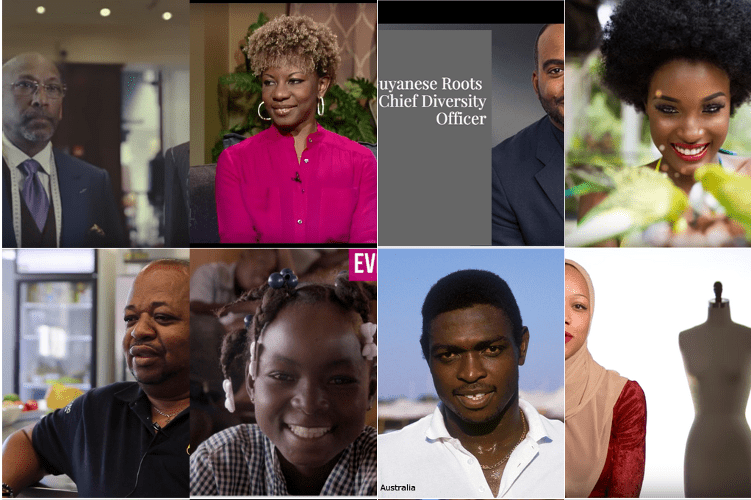 Our stories at MyCaribbeanScoop.com captures the best of the Caribbean and what makes us positive and vibrant.

We are sharing a diverse range of stories about Caribbean people who are demonstrating courage, dreaming big, and pushing boundaries to make a difference. Below are some of their stories.

Caribbean people are the people born in or inhabitants Caribbean region or people of Caribbean descent living outside the Caribbean. The Caribbean region was initially populated by Amerindians from several different Kalinago and Taino groups. These groups were decimated by a combination of slavery and disease brought by European colonizers. Descendants of the Taino and Kalinago tribes exist today in the Caribbean and elsewhere but are usually of partial Amerindian ancestry.

This video provides a summary for several Caribbean countries such as Cuba, Haiti, Jamaica, the Dominican Republic, Trinidad and Tobago, along with many others. It explores the region’s demographic history, and just what spawned the drastic fluctuations in the racial makeup of the region.

The presenter also touches on many of the surrounding areas such as Central America, the Gullah coast, as well as the Guianas of South America.[/vc_column_text][vc_video link=”https://www.youtube.com/watch?v=fAZBLzWCUbU” title=”Racial Diversity in the Caribbean”][vc_custom_heading text=”What Happened to The Original Caribbean People”][vc_column_text]Just what on Earth happened to the Taino and other indigenous people of the Caribbean? Before the arrival of Europeans, it’s estimated that well over a million natives inhabited the Caribbean, a region of islands stretching from North America to South America, but in only a matter of decades their population was nearly wiped off the face of the Earth in quite a gruesome manner.

In the video below, the presenter discusses where these native Caribbean people came from, where they went and how they still impact the region today through the genetics, culture and traditions of the modern inhabitants of places like Cuba, the Dominican Republic, Puerto Rico, Jamaica, Trinidad and elsewhere.[/vc_column_text][vc_video link=”https://www.youtube.com/watch?v=EZ7hTT9aoaQ” title=”Indigenous People of the Caribbean”][/vc_column][/vc_row]