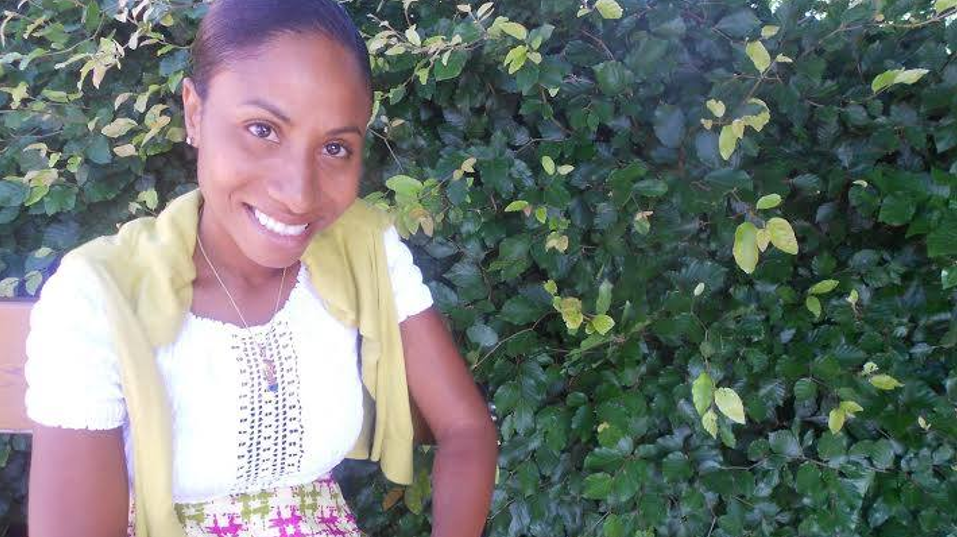 Some time aback I wrote about Author Loverly Sheridan, who has written books such as A Girl Like Me, Tiki-Tok Growing Up In Saint Lucia and Be a buddy, not a bully. This time, Loverly seeks to break the silence and stigma on mental health illness. Loverly was newly appointed to Board of Directors for The Jerome Golden Behavioral Center, and incoming Board of Directors for Mental Health Association of Palm Beach.

As a board member, Loverly looks forward to using her expertise and experiences to help raise awareness, strengthen programs, provide support and advance the mission.

As an author who writes books to help empower children and raise awareness on some of the critical issues affecting children, she realized how critical it was for her to raise awareness and help break the stigma on mental health illnesses because of the inadequate support and ailing approach to mental health.

“People with mental health illnesses are treated inhumanely, often homeless, ignored, and are in desperate need of help. The mind is the greatest component of the human body, and if it’s not functioning as it should, we need to treat people with dignity, and get them the help that they deserve and need. We need to treat them with the same urgency and care as we would anyone with a physical illness, and demand that policy makers and social-service systems do more to ensure that their needs are met. There are so many people falling through the cracks because of bad policies, which are in desperate need of reform.”

Then there’s the stigma of mental health illnesses, which causes many to suffer in silence. Some disorders go undiagnosed or are misdiagnosed which leads to other problems and cause people to take their own lives. This is more apparent now more than ever before, we see many young persons taking their lives. And most of us are quick to judge them, because we do not understand or know their reasons why.

Some will say, “Suicide is selfish”. Suicide is not a selfish act, it is often the only option a person feels they have when their depression has overpowered them. Many people believe it to be selfish as they have left their loved ones behind; however a depressed person might feel that, by taking their own life, they will be a burden off their shoulders. So, in this sense, suicide is actually an act of unselfishness. They are doing what they feel is right for them and their family. It’s easy to criticize and say suicide is selfish, but it’s hard to understand why they do it until you know the full story.

Others will say, “he/she could have just dealt with it”. Telling a person who suffers with depression to deal with it, is the same as telling a person who suffers with cancer to deal with it. Many people may disagree with me by saying cancer is a serious illness, however so is depression and it’s that message we need to get across. Yes, many lives our lost to cancer but many lives our lost to depression too. It is the leading cause of death of men under the age of 50. That alone should be enough for us to end the stigma surrounding depression and mental health  and ensure more is done for those suffering. It’s easy for us to criticize someone we know and tell them to deal with whatever is going on in their life but unless we are living in their shoes, it’s hard for us to understand.

People who suffer from a mental health disorder often feel alone and unhappy. It doesn’t help that some disorders are not taken as seriously and made fun of. For example: in any regular setting, when someone is hyperactive, it’s joked that they have ADHD, or when someone gets very angry, others joke that they are bipolar, not understanding the difficult challenges that people diagnosed with such disorders are forced to deal with.

Through Loverly’s National anti-bullying campaign, she also realized the link between childhood trauma and mental health illnesses, and the importance of speaking about these issues out loud. When a child is abused in any way- physically, sexually, verbally or experience any form of trauma, they are often left to feel like they have done something wrong, or that they did something to deserve it, and they often choose to remain quiet about their abuse, which leads to greater problems later on in life. There are so many people who live with secrets or traumas which affect their behaviors and mental state, and are often labeled, when they are actually victims and survivors of the worse form of abuse.

“I knew that it was important for me to become an advocate and raise awareness on mental health illness to help break the stigma, and get people to talk about the issues out loud.  As a society, we cannot continue to place band aids on deep wounds, hoping it will go away.  We need to create a culture where people can get the adequate help that they need without feeling embarrassed or stigmatized, and where speaking about mental health illness out loud is not taboo.”

Two weeks ago, Loverly attended the Mental Health of America Annual Conference in Alexandria Virginia, where she heard from some very powerful speakers and authors who are advocating to help break the stigma and for policy reform, namely the Honorably Patrick J. Kennedy, a former member of the U.S House of Representatives and the nation’s leading political voice on mental illness, addiction and other brain diseases.

There he gave a compelling speech about the need for change and the importance of breaking the silence, to help end this vicious cycle. In his book, “A Common Struggle: A Personal Journey Through the Past and Future of Mental Health Illness and Addiction,” he speaks openly and candidly about his, and his families struggle with mental illness and substance abuse.

“A child’s Mental Health is just as important as their physical health. When a child is wounded, we take them to the doctor to get help; we need to adopt the same attitude towards children who suffer from mental health illnesses. We cannot keep ignoring the symptoms/signs and remain silent while children continue to suffer.”

Then there’s the issue of Caribbean countries not having adequate facilities to house persons suffering from mental illness. Florida Ranks 49th among the states in mental-health funding.The state relies primarily on jails and prisons to treat mentally ill people who are not wealthy. This is a reoccurring problem in the Caribbean and other countries as well. In some cases, there aren’t even facilities for patients to get help. Take the case of Dr. Bennett of Saint Lucia, for example, who was killed by her mentally ill son. In a newspaper exert from June 9th, 2009. The lawyer, Innocent made his submissions which in essence stated there are no facilities in St Lucia to house the defendant where he can receive appropriate treatment because the Wellness Center and Bordelais had severe limitations in meeting psychiatric care. The defense proposed private treatment for the accused.

I believe that to be inhumane and unacceptable. When someone is suffering from diabetes or cancer, they are not just sent home to get better. They are treated and given the help that they need. We need to treat mental health illness like any other disease. We need to be able to put in place, wellness centers where this person can get the proper treatment they deserve. This is Loverly Sheridan’s new mission. Let us all come together as a united front to show our support for Loverly.

A Video That Captures The Uniqueness of the Island of Dominica