The Good, The Bad and The Ugly of Religion in the Caribbean

Murders, drugs, poverty and a prospering gang culture are some of the common problems shared by Chicago and a number of Caribbean countries. But although Chicago struggles to deal with its crime problem at least they have this fearless woman who is not afraid to look the BAD GUYS in the eyes.

Her name is Ameena Matthews and she is one of the most fearless, street-smart mom you will ever come across.
[youlist vid=”1k4-Y2Ooe2c” showinfo=”0″]

There is a documentary called The Interrupters that focuses on her and the other members of Cease Fire. The work they do is excellent. You can watch the full documentary on Youtube.

It is obvious watching the video that Ameena Matthews has a generous soul, compassion and a deep understanding of the issues and challenges that Chicago communities have to deal with.

The Caribbean need more people like Ameena Matthews if we are seriously going to stop the lip service and get to work on making the Caribbean a better place for not just our tourist but for our citizens.

If you know a person like Ameena Matthews, please feel free to share their name. We would be happy to bring their work to the attention of our readers.

Ameena Matthews is a real-life screen heroine | Life and style 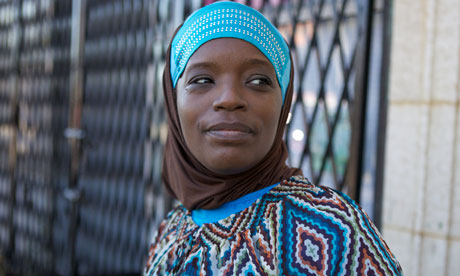 In a city such as Chicago, riddled with crime, gang culture and some of the highest murder rates in the US, disputes between gangs often end in gun warfare, but Ameena and her colleagues use mediation to steer them away from violence. Risking her life, putting herself in harm’s way, you’d be forgiven for asking what the hell she is letting herself in for but if there is such a thing as a calling in life then this is hers. Her ability to influence is in part due to her own involvement in gangs, drugs and violence at a young age. Ameena Matthews is a real-life screen heroine | Life and style