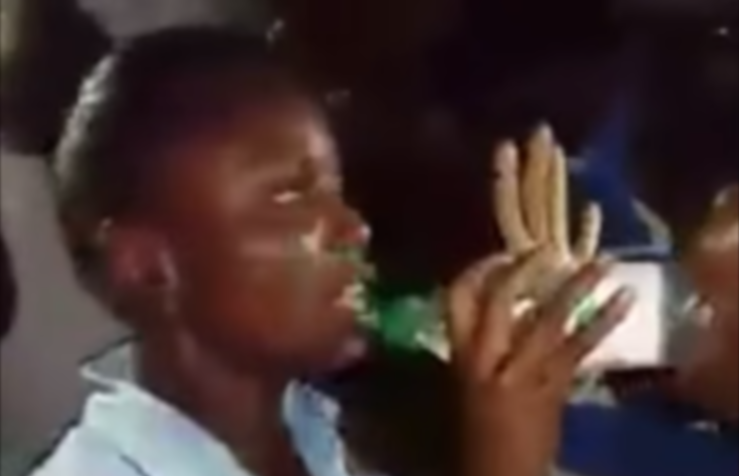 Should An Adult be Teaching A Child This? [VIDEO]

Tensions between Jamaicans and Trinidadians have heightened again, although this is not surprising when viewed in the context of past events.

It would appear that Jamaica and Trinidad and Tobago have just declared war on each other. Unfortunately recent events have made matters worst but hostilities have been boiling for a very long time.

As a Bahamian I have some understanding of how these emotions have surfaced, case in point look at how we feel about Haitians and in some cases Jamaicans.

But I wanted to understand why Jamaicans and Trinidadians have this checkered past. I tried to discuss this with my Jamaican and Trinidadian friends but they weren’t able to explain this to me. I thought maybe I would never understand, unless I am a Jamaican or a Trinidadian.

So when I came across the video below, I finally had an idea of why Jamaicans and Trinidadian feel this way about each other.

I’ll let you judge for yourself.

See our poll on:
Do You Think Jamaicans Are Treated Unfairly By Trinidadian Immigration Officials?

THE foreign affairs ministry has intervened in the reported abuse of a group of Jamaicans who were denied entry to Trinidad and Tobago last week, even though no formal report has been made to the ministry.

Curated from Do You Think Jamaicans Are Treated Unfairly By Trinidadian Immigration Officials? – MyCaribbeanScoop Opinions