The Good, The Bad and The Ugly of Religion in the Caribbean

In a recent story an Antiguan man expressed hurt after a local Adventist church refused to baptize him as a result of his “dread locks”. Austin Kirby, said that although he was disappointed, he was not ashamed. In his words, he said, “The Bible says ‘Come as you are.’ It didn’t say to go buy a suit, dress up, cut your hair or put on weave. It says come as you are. ‘Let the one who is thirsty come; let the one who desires the water of life without price.’ I got a calling that I should be baptized, and I went.”

In Jamaica, another man has given up his dreadlocks in order to be baptized.

But, what does the Bible say about hair length? Do men have to have short hair and women long hair? There is actually a passage in 1 Corinthians 11:3-15 that mentions hair length. For the man’s part, it is unnatural for him to have “long hair” (verse 14). But that is neither here nor there.

George Johnson, a Rastafarian, decided to go all the way for Jesus and had his hair cut, this past Sunday. George, 66, had his dreadlocks for more than 30 years prior to this decision. It was after an evangelical meeting one night, that this life changing decision was made. On this same night, he spoke with the local senior pastor, Carlington Hylton. The Pastor spoke to him in length about his religious beliefs and asked him if he was a Rastafarian or his locks were just a hairstyle. His reply, was that he was a Rastafarian and that he had taken a vow to not have his hair cut. Shortly after, George went to a barbershop and had all his hair cut off. 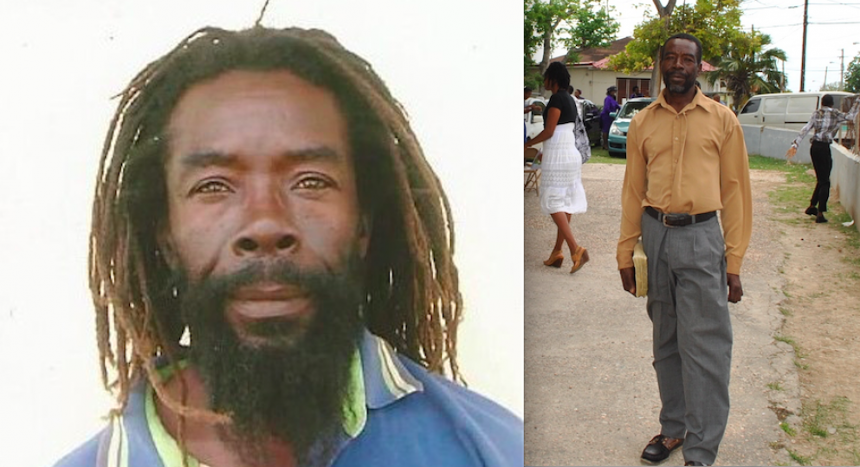 “For 60 years I have been in the dark,” he said. “When I went to the campaign, I heard the evangelist preach. My eyes were opened. The good news filled my heart. I found my church, and I am not leaving it!” During his baptism, he went on to say, “Even if I had to cut off my hand to accept Jesus Christ as my Lord and Savior, I would do it,”

With his voice choking with emotion, he added: “Nobody forced me to be baptized. No woman seduced me either. I hear them saying that Haile Selassie is God, but my God created the heavens and the Earth.”

Because of his decision and his testimony that night, several persons took the decision to give their lives to Jesus.

What are your thoughts on men not being allowed to be baptized due to their hair length? Do you think that everyone should be allowed to get baptized as they are? Or, should the Bible be adhered?