Tessanne Chin’s new album is now available and she can “Count On My Support”. Yesterday, I went to HMV and purchase two copies of her new Album “Count On My Love”. One will be my personal copy and the other I am giving away (Free No Cost) (via MyCaribbeanScoop.com)

You can submit three (3) entries;

In an interview after winning Season 5 of The Voice, Tessanne Chin said “When I decided I wanted to do this competition, I never thought that I’d be taking a whole little country with me,” …but the whole Caribbean and people of Caribbean descent in North America came out in support.

You cheered her on during The Voice, now you can support her by buying her new album.

Please note that we are not affiliated to Tessanne Chin or her record company. 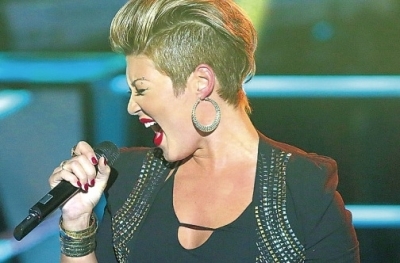 Count on my Love was released almost seven months after Chin won The Voice, earning her national acclaim in Jamaica. In fact, Chins set is the lowest in terms of first-week sales. Season one winner Javier Colons self-titled debut for Universal Republic which was released in 2011, began with 9,974 copies. Tough love for Tessanne – Entertainment