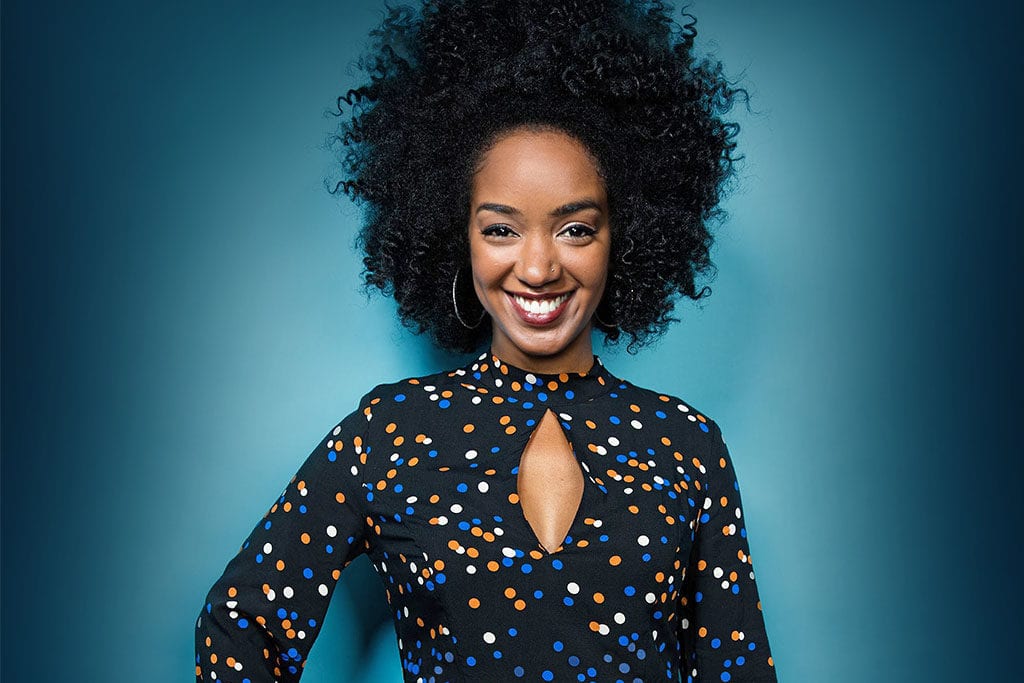 Amanda Parris was born in London, England, descending from Grenadian and Venezuelan ancestry and raised on the south side of Jane Street in Toronto, Canada

She is a writer, actor, educator and host of  Exhibitionists on CBC Television and Marvin’s Room on CBC Radio 2.  She also writes a weekly column for CBC Arts.

Amanda is an accomplished actor and writer.  Her theatre plays have been staged at festivals such as rock paper sistahz, The Piece of Mine Festival, The Festival of Original Theatre and the De Colores Festival and have been awarded grants and bursaries by The Michaelle Jean Foundation, the Ontario Arts Council, the Toronto Arts Council and Canada Council for the Arts.

She recently completed a playwriting residency with Alameda Theatre for her one-woman play 32C, a script that originated when she was mentored by internationally acclaimed artist d’bi young. Amanda is the 2016 Playwright in Residence at Cahoots Theatre and is also a current participant of their Hot House Playwrights Unit for the second year in a row for her research-informed play Other Side of the Game.

Recently Cahoots celebrates their 30th Anniversary by highlighting 30 artists and Parris was one of those artist. Here is her interview.

As a theatre actor, Amanda’s credits include the 2015 workshop of I Cannot Lie to the Stars that Made Me, the 2014 and 2012 productions of Aneeemah’s Spotand the 2011 production of The Whores. She has studied acting with The Lee Strasberg Institute of Film and Theatre as well as Theatre Ontario and York University.

And she is not just a pretty face, Amanda has worked throughout the years to help bring positive changes in the black community in Toronto. In 2014, The Dufferin-Peel Catholic District School Board and Lost Lyrics (founded by Amanda) partnered to deliver a unique summer experience for Peel youth in grades 5-8.

The Focus on Youth summer arts-based leadership program provided programming that focused on increasing student voice through a myriad of skills through the disciplines of music, visual arts, poetry, and dance. This footage features the summer camp organized by Lost Lyrics at St. Monica in Brampton, Ontario.

This St Lucian Youth Continues to Give Back To His Community-Well Done!