Air Traffic Controller First Class Xavier Wynter is of Guyanese descent and a native of Brooklyn, New York. He is also the air operations training chief for Air Terminal Operations Center (ATOC) and was recognized as the Camp Lemonnier Member in the Spotlight, the week of May 13, 2020.

Located in an austere environment, Camp Lemonnier, Djibouti is a U.S. Navy base located in the Horn of Africa and is the only enduring U.S. military base on the continent of Africa.

“I am extremely proud of Petty Officer Wynter and congratulate him on his nomination as the Camp Lemonnier Member in the Spotlight,” said Master Chief Bruce Forester, command master chief of Camp Lemonnier, Djibouti. “It’s not easy being deployed from home to an environment like the one we have here, but Petty Officer Wynter exemplifies the Navy’s core values of honor, courage and commitment and is an outstanding representative of our command and our nation.”

Wynter, a 2005 graduate of ENY Transit Tech High School, credits his success in the Navy to many of the lessons learned growing up in Brooklyn.

“Growing up in Brooklyn, I was always taught to be flexible,” said Wynter. “Things will not always work out the way you want them too.”

According to Navy officials, maintaining maritime superiority is a vital part of a Navy that is present today and prepared for tomorrow. The impact affects Americans and their interests around the world, as more than 70 percent of the Earth is covered by water and 90 percent of all trade travels by sea.

“We demand the highest standards from our sailors both professionally and personally,” said Capt. Ken Crowe, commanding officer of Camp Lemonnier, Djibouti. “Petty Officer Wynter is the epitome of these standards and his exemplary behavior is an example of how all military members should carry themselves every day as an ambassador of the United States of America at home and abroad.”

Though there are many ways for sailors to earn distinction in their command, community and career, Wynter is most proud of advancing to first class petty officer.

“I thought it would never come,” said Wynter. “I spent hours after work studying and gave up plenty of off time ensuring I was ready.”

Wynter comes from a history of military service and hopes to begin a family tradition.

“I am the first sailor in my family,” said Wynter. “My little sister and brother both serve in the U.S. Army, my older brother passed away while serving the U.S. Army in Iraq. And my Mother received her citizenship while serving in the Army.”

As a member of the U.S. Navy, Wynter and other sailors stationed at Camp Lemonnier and around the world, know they are a part of a service tradition providing unforgettable experiences through leadership development, world affairs and humanitarian assistance. Their efforts will have a lasting effect around the globe and for generations of sailors who will follow.

“I am working in a position I never worked before, which has open my eyes on how training chief’s work,” Wynter said. “I found a new level of respect for the position.”

Wynter, is a first generation American born in the United States, his family originates from Guyana.

“It was definitely a challenge to be the first born in the United States,” Wynter said. “I learned Patois (our native language) before learning American English. My grandmother always said Patois was English until I went to school and learned quickly it wasn’t.”

Although the cultures are very diverse, Wynter has learned to appreciate the different aspects of both growing up.

“In Guyana, everyone is your auntie or uncle meaning we are all family in some way, and no matter what time slows down there,” Wynter said. “It’s a complete 180 degree turn from New York high speed, fast pace, life style which I prefer. Now, even though I love New York, there is nothing better the Guyanese cuisine, pepper pot, chow main, goat curry or even waking up to fresh bakes and salt fish with tea and cream; there’s nothing better.” 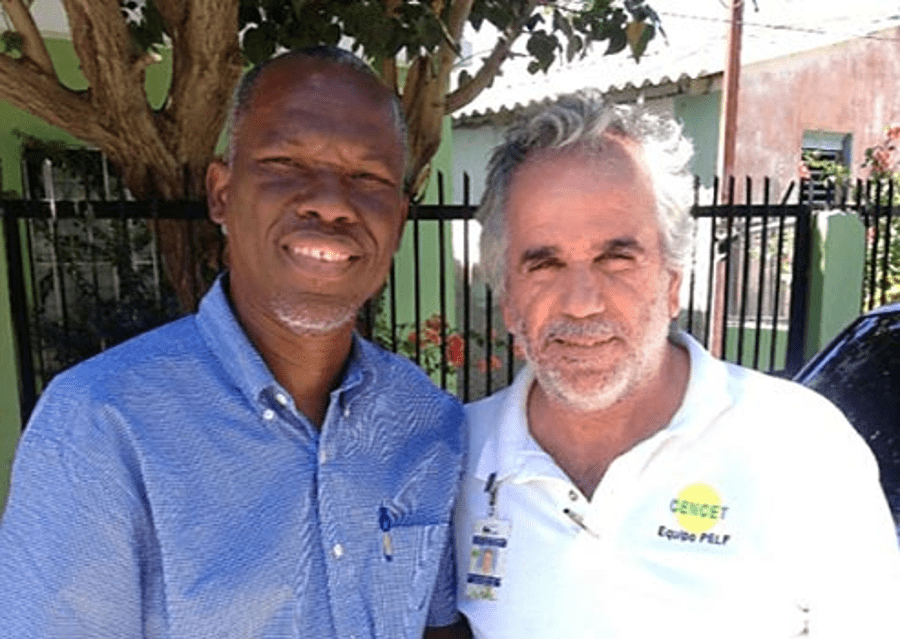