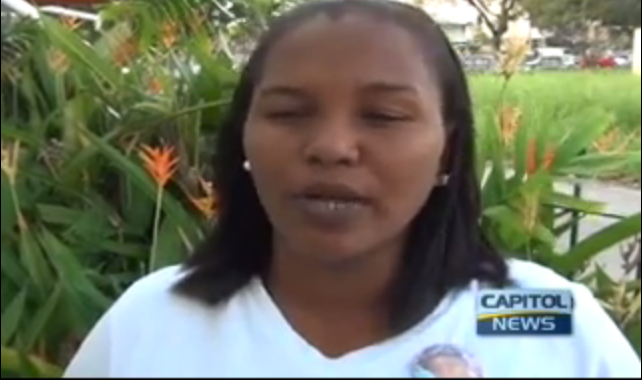 The thought of losing your child is unimaginable especially a child so young. But Natalie Caseley, a Guyanese mother unfortunately went through this tragic experience. Her four year old son Jaden Mars was brought to the Georgetown Public Hospital last year for treatment as result of a cut tongue. Tragically he died. The explanation, the incorrect dosage of a drug caused fatal cardiac trauma for Jaden Mars.

But that’s as far as the information went with regard to Jaden’s death. Unfortunately there have been many cases similar to Jaden’s where relatives are still searching for answers regarding the real causes for the death of their love ones.

The video below shows the vigil held for Jaden. Natalie, Jaden’s mother and other victims spoke about the lack of response from the Guyanese health authorities. They seem committed to ending these experiences that many Guyanese have to endure with an inadequate heath care system.
[embedplusvideo height=”509″ width=”640″ editlink=”http://bit.ly/1wxCPgl” standard=”http://www.youtube.com/v/Bq0FVSVZDDQ?fs=1&vq=hd720″ vars=”ytid=Bq0FVSVZDDQ&width=640&height=509&start=&stop=&rs=w&hd=1&autoplay=0&react=1&chapters=&notes=” id=”ep7973″ /]

What they are demanding is fairly reasonable given that fact that lives are being lost and there is an apparent lack of urgency to fix the health care system in Guyana, especially Georgetown Public Hospital. This will be a long journey but as Jaden’s mother promised, she will not stop until justice is serve.

Let’s keep this story going in the memory of Jaden Mars and to support his mom. Let Justice be served!

Meet Jordan Bennett from Jamaica, A Young Man With A Passion for Helping The Poor

A Resident of Beverly Hills Puts Himself On Tape, Talks About Crime in Trinidad and Tobago