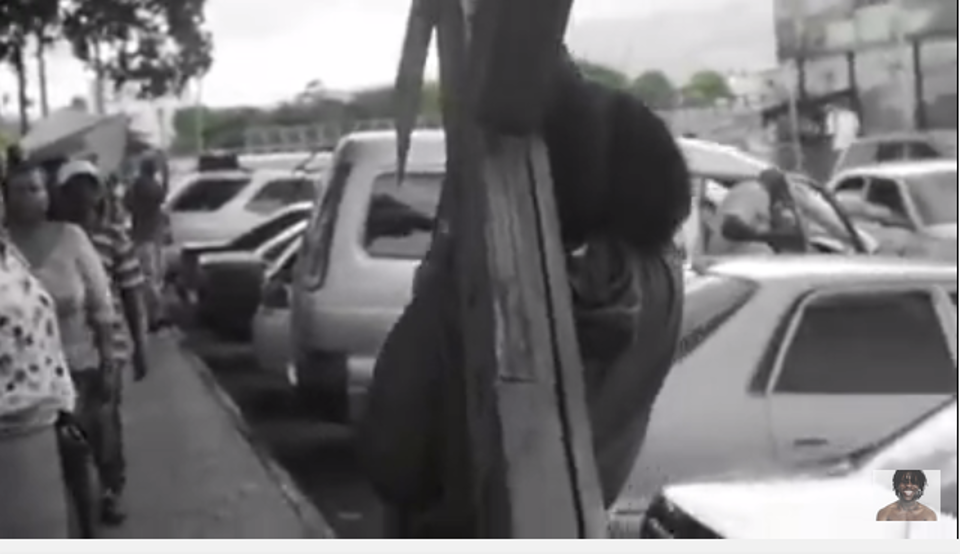 A Man on A Cross in Kingston Jamaica..What’s the Real Story Behind This Video?

Keisha Wint, a Jamaican mother of two, is blind but that won’t stop her from trying to make sure that her son lives with her. She has tried everything to keep him so that she can give him that motherly care. But recently it has been a struggle for her and now she is seeking help.

The mother of two, who now lives with her son in the community of Warwick, in Clarendon, (the other child living with the father in Kingston) is coming under pressure from relatives and other concerned individuals to put her son in a children’s home.

Wint who has been blind for 13 years following glaucoma and retina detachment in late 2002, only enjoyed a few blissful months of staring into her son, Daeshawn Smith’s face, before she lost her sight completely.

In 2005 at two years old, he was placed in a children’s home in Kingston. Two years, later Wint breathed a sigh of relief when she got him back. This, after she left Kingston and went to live in Manchester, where she was assisted by relatives in taking care of him.

With a fighting spirit, Wint took care of her son’s needs by raising chickens and farming, but all that has been stalled because of another cruel blow life has dealt her in the form of her having frequent seizures which occurs about three to four times for the week.

Thirty-seven-old Keisha Wint’s blank stare was in stark contrast to the fiery passion in her voice as she blurted out, “I would rather die than not have my son with me!”