At six years old she dreamed of studying the oceans. At 21 this Miami native with Jamaican roots, co-founded along with her mom, Michelle Swaby-Smith a non-profit organization.

Danni Washington is deeply passionate about our oceans and science communications. In 2008, Danni graduated from the University of Miami Rosenstiel School of Marine & Atmospheric Science with a B.Sc. in Marine Science/Biology. 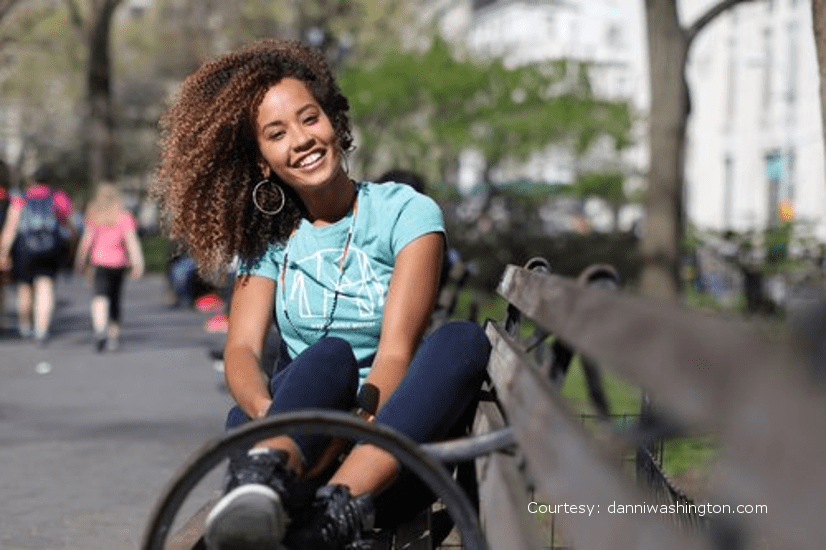 Today she runs a non-profit organization called the Big Blue & You – A 501 (c)(3) which is dedicated to inspiring and educating youth about marine conservation through the arts and media.  “Ocean Conservation through Artistic Inspiration”.

Washington also served for four years as a naturalist at the Marjory Stoneman Douglas Biscayne Nature Center where she helped educate thousands of South Florida children about local marine ecosystems.

For three years, Washington served as an on-camera personality and science filmmaker with Untamed Science which created nearly two-hundred K-12 Science Educational Videos for Pearson textbooks that are currently in classrooms across the USA), Ocean GEMS (a multimedia series and outreach program connecting teens to marine scientists mentors and role models inspiring them to pursue careers in marine science).

Washington also co-starred with Jaden Smith in the official educational outreach video for the theatrical film After Earth starring Jaden and his dad, Will Smith.

Most recently, Washington started working as the host of a brand new STEM educational TV Series which features the latest advancements in bio-inspired technology and design called XPLORATION NATURE KNOWS BEST which is syndicated on FOX and available on HULU.

She also co-created and produced a new initiative called Sea Youth Rise Up which is a collaborative effort to elevate the role of youth leadership in ocean conservation policy and advocacy on World Oceans Day.