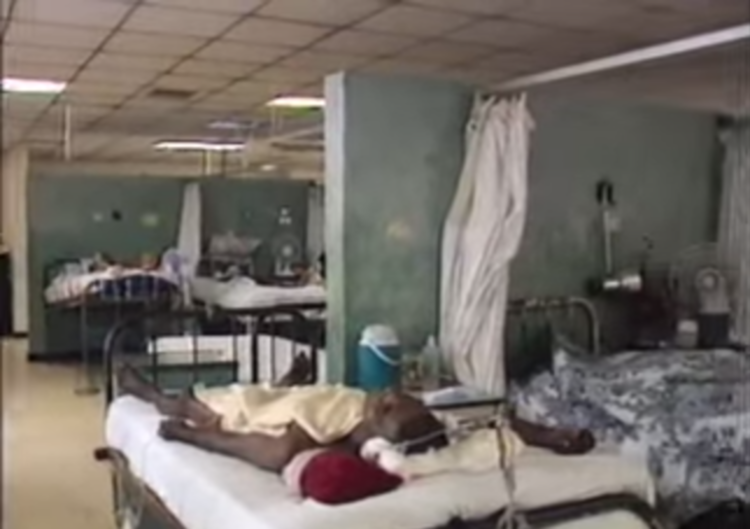 A 1996 Video: Sad Reminder Why Dying on a Hospital Floor Today in Jamaica Should Not Be a SURPRISE

Meet Nicole Dennis Bend, a Jamaican novelist. She was born and raised in Kingston, Jamaica. She lives in Brooklyn, New York.

Nicole Dennis-Benn is the author of the highly acclaimed debut novel, HERE COMES THE SUN (Norton/Liveright, July 2016), a New York Times Notable Book of the Year and an Amazon and Kirkus Reviews Best Book of 2016. Dennis-Benn’s debut novel received a starred Kirkus Review and is deemed as an excellent summer read.

Dennis-Benn has an MFA in Creative Writing from Sarah Lawrence College and has been awarded fellowships from MacDowell Colony, Hedgebrook, Lambda, Barbara Deming Memorial Fund, Hurston/Wright, and Sewanee Writers’ Conference.

Her writing has been awarded a Richard and Julie Logsdon Fiction Prize; and two of her stories have been nominated for the prestigious Pushcart Prize in Fiction.

Capturing the distinct rhythms of Jamaican life and dialect, Nicole Dennis-Benn pens a tender hymn to a world hidden among pristine beaches and the wide expanse of turquoise seas.

At an opulent resort in Montego Bay, Margot hustles to send her younger sister, Thandi, to school. Taught as a girl to trade her sexuality for survival, Margot is ruthlessly determined to shield Thandi from the same fate.

When plans for a new hotel threaten their village, Margot sees not only an opportunity for her own financial independence but also perhaps a chance to admit a shocking secret: her forbidden love for another woman. As they face the impending destruction of their community, each woman — fighting to balance the burdens she shoulders with the freedom she craves — must confront long-hidden scars. Here Comes the Sun offers a dramatic glimpse into a vibrant, passionate world most outsiders see simply as paradise.

“This lithe, artfully-plotted debut concerns itself with the lives of those for whom tourists can barely be bothered to remove their Ray-Bans, and the issues it tackles — the oppressive dynamics of race, sexuality and class in post-colonial Jamaica — have little to do with the rum-and-reggae island of Sandals commercials.” – JENNIFER SENIOR, The New York Times

Another brilliant writer from the Caribbean. My, my my, do we have talent. Congratulations Nicole and all the best.