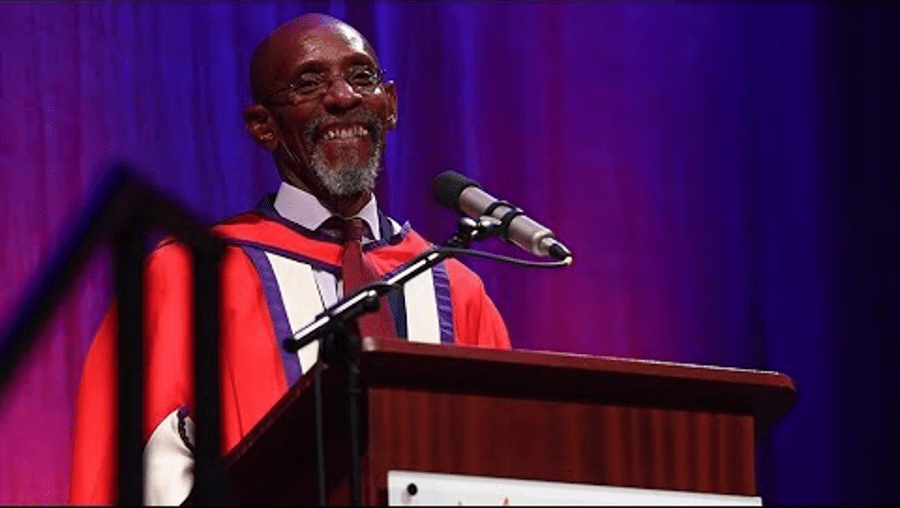 Jamaican poet, musician, journalist and author, Linton Kwesi Johnson, has been awarded the honorary degree of Doctor of Letters on Tuesday 10 July, 2018.

Linton Kwesi Johnson was born on August 24, 1952 in Chapleton, in the parish of Clarendon, Jamaica. After moving to London and attending the University of London’s Goldsmiths College, he began writing politically charged poetry. He is known as the creator of “dub poetry,” a blend of reggae music and spoken verse. Johnson is the author of three popular books of poetry, and has worked as a journalist, recording artist and radio host.

Early Life Poet Linton Kwesi Johnson was born on August 24, 1952, in Chapelton, in the parish of Clarendon, Jamaica, Linton Kwesi Johnson enrolled at the University of London’s Goldsmiths College, and began writing politically charged poetry soon after. His early work was influenced by the turbulence of 1960s and 1970s Great Britain. Rampant racism and restrictive economic policies during this period made living conditions difficult for minorities.

In 1970, while studying at the University of London, Johnson joined the Black Panther movement. He started a poetry workshop, working with other poets and musicians, to address issues of racial equality and social justice. Johnson’s dub poetry, with its culturally specific Jamaican patois dialect and reggae backbeat, was a precursor to the spoken word and rap music movements.

Linton Kwesi Johnson was one of the first artists to respond to the killing of David Oluwale. In another film on this channel you can see him give an extremely rare performance of that poem, Time Come. In this film he talks to DOMA Board member Dr Emily Zobel Marshall about his life, his work, and how David Oluwale’s story fits into the wider struggle for black power. (24 minutes.)