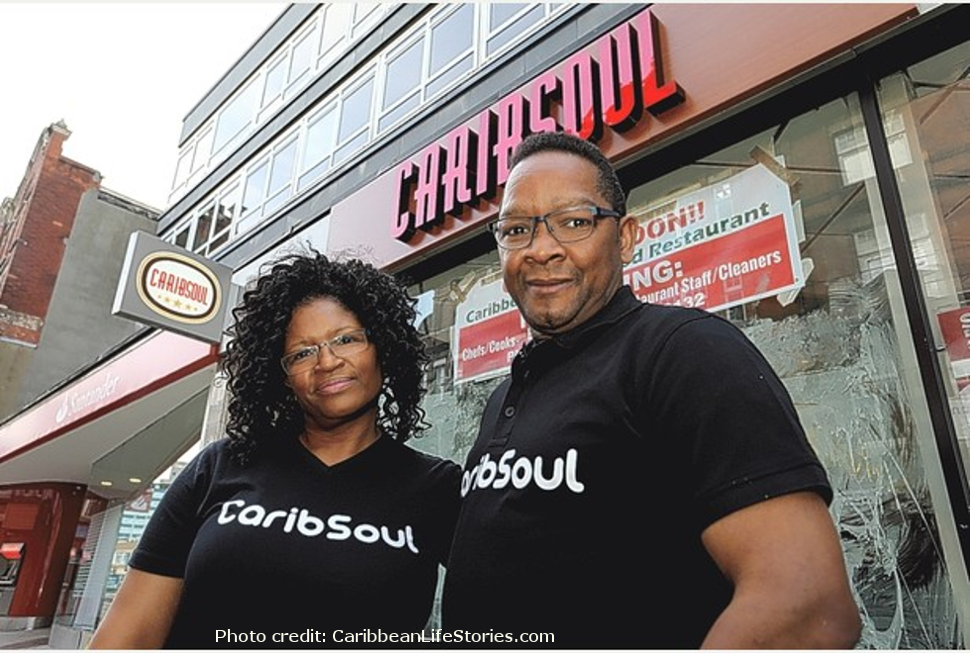 It seems that May Pen Cemetery may not be only for the dead, but for the living as well. Many Jamaicans may not consider this an option, but for Karen Thomas and Samuel Cunningham, it is a way of life they were forced into. Karen Thomas has been living in the May Pen cemetery for the past 14 years. Yes, you heard right. 14 years.

Her house is an old concrete frame, has no windows or doors. It used to be the administrative quarters for cemetery staff. A nearby tomb serves as her dining table. Inside her ‘home’, there is no bed, just bags of cement and steel and other materials. Karen does not seem to be bothered by anything and she admits that she actually likes to live there. ” Me just like right here so. I don’t have any problem here; only the gunman them me ‘fraid of, ” she told The Gleaner news team. Before taking up residence in the cemetery, Karen lived in Portmore, but she says she would not want to go back there. “I lived in Portmore but, trust me, me no like Portmore. Me just stay here and gwaan hustle me little money a’ town. People in Portmore you can talk to but I am more comfortable here. I don’t want to leave,” she said. Karen sells goods such as biscuits and popcorn on a stall nearby on Orange Street.

She sleeps in one of the rooms shared with at least four other men, none of which, she is intimate with. Sometimes she sleeps on a chair or on the floor; and there are no toilets so she and her housemates relieve themselves in bushes.

Samuel Cunningham, one of the four men living with Karen, has been living at the May Pen Cemetery for so long he cannot recall. “Long, long time me deh yah now, man. Whole heap a years. I don’t even check pon it, me just a gwaan live,” said Cunningham.

“Me no ‘fraid a duppy; dem ‘fraid a me. Me bury dead so how me fi ‘fraid a dead. Is the living me ‘fraid of,” added Cunningham.

When asked whether he and the others who live in the cemetery guard it against grave robbers who recently broke into two graves at the cemetery, Cunningham declared: “We a nuh caretaker, and even if we a did caretaker dem woulda bruck it same way.”

Below is an image of Karen Thomas cooking. 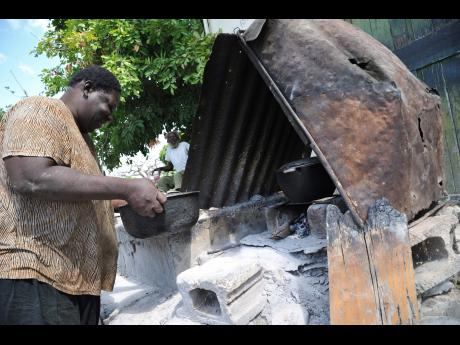 You and I, may not be see ourselves living like this, but Karen has no issues with it. She may be homeless in the physical sense, but she has found a home amongst the dead. Literally.