Roger O. Williams is a Jamaican author that breakthrough internationally with people across the globe reading his books.

He is the first author from the Caribbean to write a book about animal rights and animal cruelty. Readers worldwide are drawn to his novels because of his controversial topics, his style of writing, his unique Jamaican characters, and his way of layering multiple social issues in one major theme. He is also a trained method actor.

In an interview in May 2017, Williams talks about his latest book and his future plans.

“Helping these children in my rural Jamaican hometown to develop compassion toward animals–via my hit animal novel Turn Back Blow”. 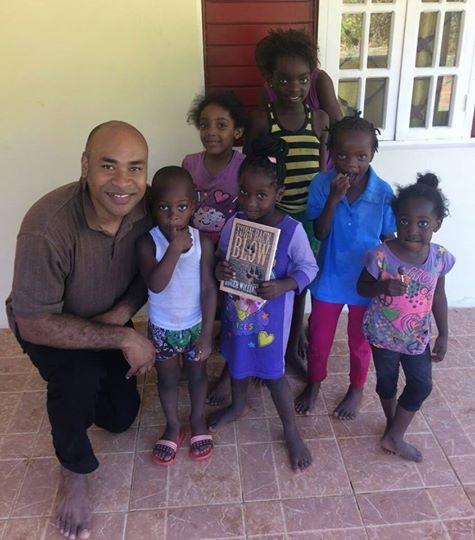 In addition to his writing, Williams took an acting course at the New York Film Academy in Los Angeles. While there he wrote and acted in a short film called Redemption Irony. From there, he took his hand at directing while at a course at NYFA New York. His short was entitled Shutdown, and was well received, especially by women.

“I never dreamed of working behind the camera, and working on Shutdown was a tremendous experience. The short has been receiving great feedback from women on Facebook and YouTube, because they can all relate to what is taking place in the scene.”