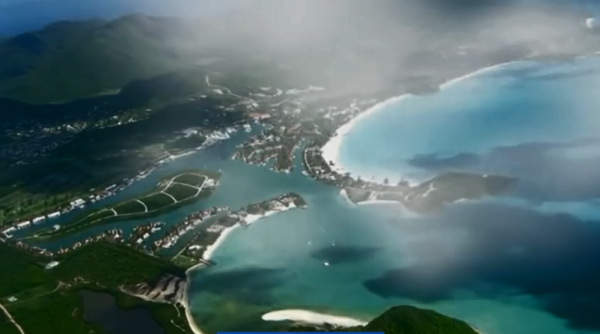 “On June 27th 1997, I gave birth to a beautiful baby boy at Cornwall Regional Hospital in Montego Bay, St .James, Jamaica. The very next day, I noticed a particular doctor used his fingers to rub the penis area, I asked him, “doctor is the baby ok?” He replied saying yes! I went home on the same day of the 28th.

Six weeks went by and I took my son to his 6 weeks clinic, the nurse there asked,”Did you noticed anything with the baby?” I told her no! She then gave me a letter immediately to take my baby to Cornwall Regional Hospital.The same day I took my baby there I got a letter of referral to the urology clinic to see a specialist. I went on the date that was given to me and the doctor kept giving me dates, doing blood tests, sending me to Mobay Hope to do a CAT SCAN. I kept going for years and nothing was being done.

One day I happened to meet the doctor and I told him the problem with my son and that he has undescended testicle. He asked me if I want to see him private or public and I said public. I got a date to take him to the clinic . He examined him and said that my son would have to undergo an operation between 2008-2009.

He told me my son would now be OK and that I should go home and care for him. The next week I take him back for review, he said he’s OK, but he will now have to put him in the adult clinic as he’s now a teenager. To my surprise things were not OK. When we checked it out, I was told one testicle is not down. I went and told the doctor. He said he will have to do another operation to bring that one down. In 2010- 2011 there about, another operation was done but to me none was done.

I took back my son to Cornwall Regional at accident and emergency department cause he was having some pains. The doctor there put me back on the urology clinic with my son.This doctor seeing him now is a female urologist,she said another operation is to be done to take them out. Well it only got worse”

“I have done test, upon test,upon x-rays. I am broke weak and tired. Last year the doctor told me to try his brain. Have him to do 3 subjects that he chooses. My son chose Maths,English and Biology. He got a 1 in English, a 3 in Maths and he failed Biology.

When I took him back to the doctor they said his brain is functioning very well.They then gave me a referral to UWI hospital to see a Endocrinologist.I took him there 3 times. On April 29th, 2015, I took him again to see the Endocrinologist. She told me she had to call the head doctor.” He was a professor, a medical doctor who was more knowledgeable.

He put my son on testosterone for 4 months. It has not been easy,it is now cancerous. he is now doing 5 more subjects and wants to become a medical doctor. He said,

“Mommy, there are persons with the same condition as me and I want to be able to help them.”

I am a single mom just fighting for my son’s life. After his last operation, I had to take him back to his school and teach him how to climb the stairs, the first operation was 7 hours.Second one was 11 hours.

My son has the potential, he is gifted and talented. I just want him to see the world.He will be graduating on June 24th, 2015. The injection he gets now makes him looks fatter. Please with tears can some one help him. I have to now also journey to Kingston to buy the injection that he needs, as it is not in stock here in Montego Bay.The hospital that stocks it are, UWI, Andrews Memorial and Medical Associates”

Undescended testicle (cryptorchidism) is a testicle that hasn’t moved into its proper position in the bag of skin hanging below the penis (scrotum) before birth. Usually just one testicle is affected, but about 10 percent of the time, both testicles are undescended.

An undescended testicle is uncommon in general, but quite common among baby boys born prematurely.
Source: http://www.mayoclinic.org/

This is the story of a Jamaican mother who just wants to ensure that her teenage son gets to live a long life and get the best help possible, but she needs the public’s assistance.

Her son has suffered from a condition known as Undescended Testicles from birth. Undescended testicles is a common childhood condition where a boy is born without both testicles in his scrotum. She sent My Caribbean Scoop her story and asked that we publish it.

As a mother, myself, of three boys, it absolutely breaks my heart to hear Melody’s story.I can only imagine how she is feeling, how frustrated she must be that her only son has been stricken with this condition from birth and doctors have not been able to do much about it.

One can literally hear the desperation in her voice. She wants so much to see her son grow up to become the doctor he wants to become, she wants to see him get married and have kids of his own one day. Who wouldn’t want that for their own child?

Please, we are asking, if there is anyway in which anyone can help her, please do. Whether it is in the form of monetary contributions, maybe providing transport so she can travel to Kingston for the supplies or maybe just offer some words of encouragement and support. If anyone would like to help her, we ask that you let us know, here at MyCaribbeanscoop.com.