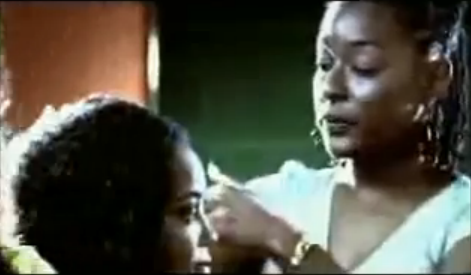 Once again we celebrate another Mother’s day. But the job of a Caribbean mother is hard and many times her struggles are dismissed or in some cases treated as if some of the choices she made were easy.

We often look for the obvious stories but miss the ones that go unnotice.

I have two examples of ordinary Caribbean women, Rosinda Nicholson from Guyana and Helen Bartlett from Trinidad and Tobago.

Below I have included two videos, the first is Rosinda Nicholson’s interview and the second is Helen Bartlett’s daughters response to the video of the beating posted on Facebook.

I am sure you are familiar with the Helen Bartlett story, the Trinidadian mom who beat her 12 year daughter and posted the video online. The Rosinda Nicholson story, I assume was less popular but Rosinda is a Guyanese mom who was deported from Trinidad while her 2 year old son was serously ill.

Why are these women superheroes?

Rosinda, overstayed her time in Trinidad and Tobago but her focus as she said in the interview was to ensure that her son Elijah had access to proper health care.

Helen Bartlett, admitted went overboard beating her daughter and posting the video on Facebook. She said she was frustrated faced with little or no options. She obviously wanted the best for her daughter. And while many of us were quick to judge her, let’s wear her shoe for one day!

As we celebrate Mother’s day let us think about mothers like Rosinda and Helen, two ordinary Caribbean mothers who too often go unnotice. They might not have a platform to tell their own story but everyday we are reminded that what they do make a difference to our society and it is important for us to at least understand their story.

Wow This 11 Year Old Kid from St Kitts and Nevis Did Something So Simple Yet Powerful, Amazing!

Call Hollywood, You Have To See What This Haitian Guy Did To Believe It