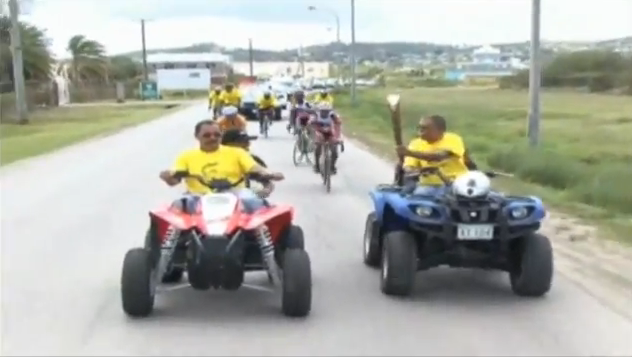 Despite coming from a tiny island, Foyle did not see that as a limitation. He went on to graduate from college, became an NBA star and, now, an author and motivational speaker.

Foyle’s journey started after he was spotted as a boy by two American professors Joan and Jay Mandle who were conducting research on the island. They asked him if he would like to get an education in the United States. He said yes. With the blessing of his family, the Mandles became his legal guardians and eventually moved him to Hamilton.

Here is Foyle sharing his story

Foyle graduated from Hamilton and chose to play college ball at Colgate University because, he said, of its academic opportunities. There, he set an NCAA record, which was later broken, with 492 career blocks.

He became the eighth overall pick in the 1997 NBA draft and spent 10 seasons with Golden State, before wrapping up his career with the Orlando Magic and Memphis Grizzlies.

In a recent talk he gave to Poughkeepsie students, Foyle said;

“You will make mistakes and fall off the path, but that doesn’t mean that you don’t have what it takes”

Since retiring from the NBA, Foyle has been giving motivational talks to young people across the USA. In July 2013, Foyle returned to his native St Vincent and the Grenadines with a team of dedicated American volunteers to reach over 800 Vincentian youth.

Parts of this story courtesy of Poughkeepsie Journal