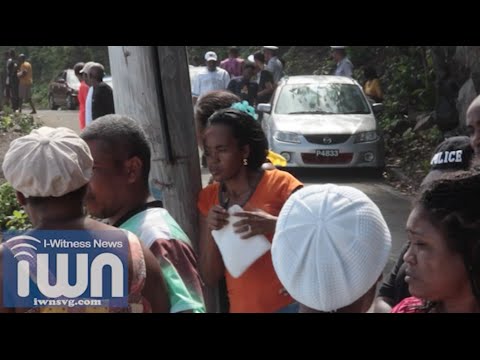 Over the past decade, more than 4,490 Vincentians — 4% of the current population — have sought asylum in Canada, the majority being women. Some say many of these asylum seekers are simply making up stories for immigration purposes. Is that really so?

One of those who sought asylum in Canada is Keturah Cupid, formally known as Kate, but later legally changed her name. Keturah Cupid said she was raped, beaten and repeatedly abused in her home country St.Vincent and the Grenadines. The youngest of four, Cupid said she was beaten daily by her mother, brother and one of her sisters. She was often tied up like a “Thanksgiving turkey” and beaten with everything from cable wires to broomsticks. “I can’t count the times that I went to the police,” she says. “They just chase you away and say, ‘Go home and be a good girl.’ She was finally able to escape to the southernmost part of the Grenadines, where she begun a relationship with a pastry chef, but he ended up abusing her too.

What is truly going on in St.Vincent and the Grenadines? Why are so many women running scared for their lives? Trying to escape a country which seems to be failing them. While there is no answer as to why these women are fleeing, it is suggested that it may be due to violence. St. Vincent and the Grenadines, a Caribbean nation suffering a “cultural epidemic” of violence against girls and women, according to a recent human rights report presented to the United Nations.

“There is something very wrong in the relationship between men and women in St. Vincent and the Grenadines,” wrote Canadian Federal Court Justice Sean Harrington in a 2009 ruling. “Year after year, woman after woman washes up on our shores seeking protection from abusive, violent husbands or boyfriends.”

Here are some examples of other abuses of women in St.Vincent and the Grenadines;

In August of last year, Stephanie Daniel was stabbed in the throat, allegedly by an ex-boyfriend. On Sept. 16, George (Chocolate) Franklyn was charged with gunning down his wife and their female neighbor, reportedly one week before the couple was to begin divorce proceedings.

Rosalie Roberts and her 25-year-old daughter, were attacked by a jealous boyfriend with a machete before he set their home on fire and drinking poison.

Faith, a 19-year-old who asked that her real name not be used, recounts her story. “It began Oct. 7, 2006, my 14th birthday. The day of my first kiss from a girl. The day I was first raped by my adoptive grandfather. When he caught me kissing my friend, he beat me. Then he raped me. Then he told me, ” by the time I’m finished with you, you won’t be gay anymore.” After that, Faith was raped and beaten daily, sometimes by her grandfather’s friends.
When Faith reported the initial assault to police, “they told me that I should behave and stop being a ‘batty’ girl,” she says, using a Caribbean slang word for homosexuals.

Sabrina was 7 when her stepfather raped her. She was in high school when a boy she had turned down threatened to kill her. In her early 20s, she caught a man crawling through her bedroom window — the same neighbor who tried to rape her years earlier. Sabrina’s stepfather was jailed, but only for a month; over the next 17 years, he continued to emotionally and physically abuse her. She reported the boy to police, too, but they just told her to go home. By the time she discovered her neighbor climbing in her window, Sabrina had lost faith in the local authorities. She attempted suicide but ultimately chose to live — and her only chance at safety, she decided, was to flee. “I had my mind made up,” said Sabrina, who asked that her surname not be published. “I was going to try anything just to get out of here.”

Many of these women have sought refuge in Canada, some being accepted and others denied. I pray that these women get all the help they need from the government or institutions within the island.

Meet Jedidiah Francis from St Vincent and the Grenadines

Step into life in Union Island in St. Vincent and the Grenadines