Meet The 12-Year Old Math Genius from Trinidad and Tobago 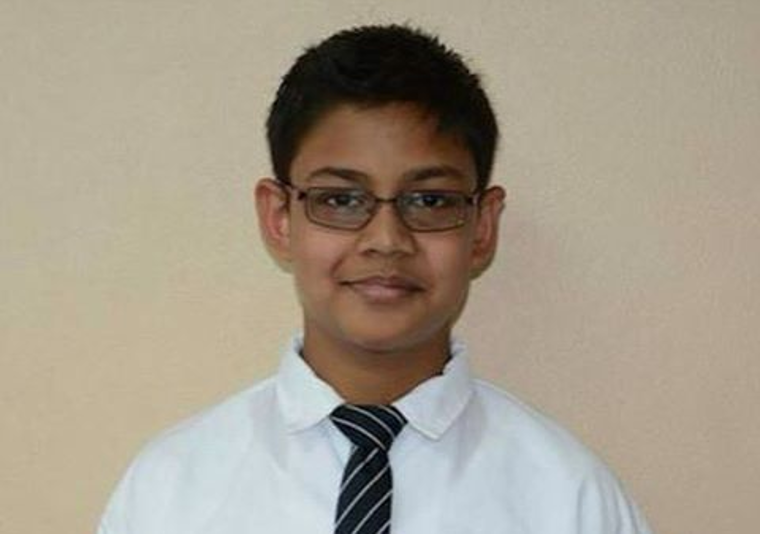 When I heard about this outstanding young man, I knew that I just had to write about him. Kiran Christian Dyaanand, the 12 year old genius, who, sat the CSEC exam in Mathematics and passed. CSEC is normally written by students in Form 5. Kiran could possibly be youngest student to ever write CSEC in Maths and pass. In my book he is a priceless hidden gem.

The results of the exam was not too surprising for some, since Kiran, who lives in La Romaine and aspires to be a mechanical engineer, placed in the top 200 at the Secondary Entrance Assessment (SEA) last year and while in Standard Four of the Cedar Grove Private Primary School, placed seventh in the National Mental Math Marathon. He also placed second in a Chess tournament held in 2013 amongst the school districts.

Kiran attends Naparima College in San Fernando. Naparima College (informally known as Naps) is a public secondary school for teenaged boys in Trinidad and Tobago. He has his family to thank for him remaining focused and dedicated to his studies. He was tutored by his grandfather Bernard Assing, who runs Assing’s Classes located on Independence Avenue in San Fernando. His grandmother, Vashti, also teaches there. Not forgetting his parents Dr Tricia-Lee Dyanaand and Trevanta Dyanaand. Kiran’s mother believes that her son’s love for the subject started at a very early age.

She had this to say to Newsday, “Kiran has always had a love for maths, from very young. I would say in second year; we used to be playing games on his way to swimming. On our way to and back, in the car, I would give him little sums. “So it wasn’t just about learning his time tables and he was always very, very quick and accurate. He’s always had that passion. All his teachers have always said that he just has this love for math,” she said.

His father, Trevanta Dyanaand, said apart from the hard work he put in to prepare for the math exam, his son continued his swimming and karate lessons, and other extra curricular activities. “We actually make a very concerted effort to make sure that all of our kids have a balanced life, ” he said.

An ecstatic Kiran told Newsday he was thankful for the results. “Generally, I just want to thank God that I was able to do this; and I think without my grandfather, I would not have been able to accomplish anything. But other than that, I feel awesome.”

I would like to wish this young man all the best in his future studies and endeavors. He is truly remarkable.