This Spanish Filmmaker Put The Spotlight On Children in Laventille, A Community in Trinidad and Tobago With A Bad Reputation 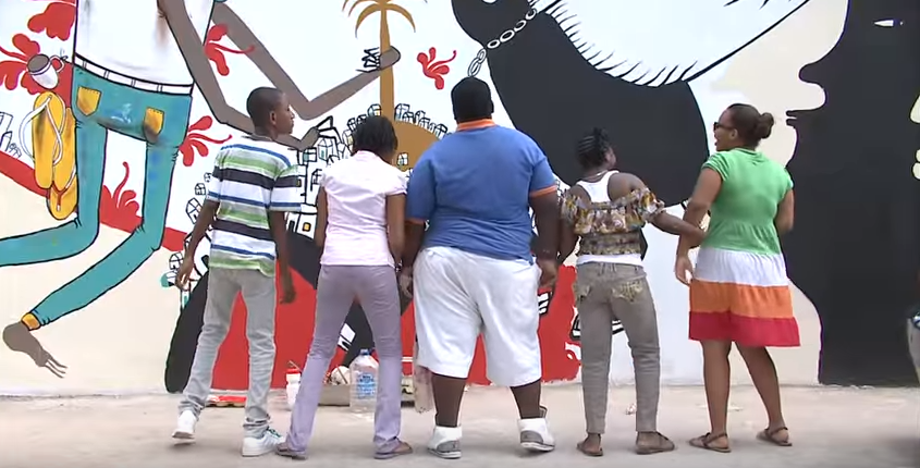 He stumbled on something great, a group of children from Laventille, a community in Trinidad and Tobago.

Laventille has a dangerous reputation. Here is the story that will perhaps change your perception of this community.

An international documentary screening at the Brooklyn Academy of Music next month highlights the power of art to transform the lives of children. But the director of “Art Connect” had no idea what would result when he brought his camera to Laventille, a region of Trinidad and Tobago with a dangerous reputation.

Instead of focusing on the area’s violence, the Spanish filmmaker put the spotlight on a group of children participating in a community arts project. His film follows eight of the 40 children participating in the “Arts Connect” program, which brought them together with local artists. The kids created visual art, music, and mini-documentaries of their home lives with GoPro cameras — an element that Galofre said added a whole new element to his movie.

“My favorite moment in the film is probably the GoPro footage that the students filmed by themselves. It gave us an access that is priceless and it showed how open and engaged with the project they were,” Galofre said.

Galofre hopes audiences will look at the struggles of these young people as an international topic, and will realize how instrumental art can be to making positive changes.

“To talk, to share your concerns, to open yourself and to get a passion can really completely change your life,” he said.

“Art Connect” will screen as part of the quarterly Caribbean Film series, a collaboration between BAMcinematek, the Brooklyn Cinema Collective, and the Caribbean Film Academy. The co-founder of Academy says that the screening shows the universal power of art.

“To quote one of the young men in the film, ‘Art is a picture of life.’ To see these Trinidadian youths lives transform on screen is amazing. We’re ecstatic to finally be able to present this documentary to Brooklyn and New York City audiences,” said Justen Blaize.

“Art Connect” will not be a one-and-done type of documentary. Galofre intends to shoot a follow-up about the children’s lives 10 years after their participation in the program.

The film will be preceded by a showing of “Auntie,” a short film by Bajan filmmaker Lisa Harewood about “barrel children” – kids shuffled between homes in the Caribbean and the United States.

The name Laventille hearkens back to colonial times, especially when the French dominated the cultural traditions of the island.[citation needed] One etymological derivation of the name is because the northeast trade winds come to this part of the island of Trinidad before reaching any other part of colonial Port of Spain – hence the metaphorical name La Ventaille (“The Vent”). Geographically, it is the source of Orographic precipitation for the capital city.

This St.Lucian Author Inspires Young People to Believe in Themselves and to Dream Big

Whitney Henry from St Lucia Is Smart, Humble And Passionate About Saving Lives